In this review we discuss the latest findings in the field of mosquito olfaction. We also attempt to look beyond the handful of the popular species like Anopheles gambiae and Aedes aegypti and into the fascinating sensory ecology across mosquito species. 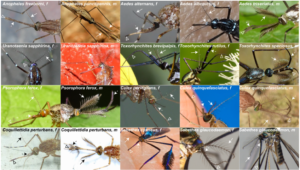 In this paper we describe Hodor: (CG11340) Zn-gated chloride ion channel that is expressed in the enterocytes of Drosophila gut. Mutation of Hodor results in significantly delayed larval development, especially in low-aminoacid conditions. A number of other phenotypes also are characteristic for Hodor mutation, e.g. reduced midgut acidity in larvae and low survival. Hodor effects are mediated via modulation of Tor signalling and lysosomal homeostasis. Null mutation of Hodor homologue in Anopheles gambiae (AGAP009616) results in a lethal phenotype, implicating Hodor as a possible future drug target.

In this paper we introduced genetically-encoded neuronal activity indicator GCaMP6f into the olfactory neurons of adult malaria mosquitoes, and used the tool to discover neuronal responses to insect repellents. We found that natural repellents lemongrass oil and eugenol directly activate neurons on the mosquito antennae. Artificial repellents DEET, picaridin and IR3535, on the other hand, did not activate neurons directly, most likely because A. gambiae do not have a receptor for these ligands. Instead, the artificial repellents work via a complementary mechanism – they trap attractive molecules in the air, via a mechanism that is not well understood, and thus decrease the concentration of attractants. Most importantly, mosquitoes did not attempt the smell of DEET alone, but avoided natural repellents. The effect of DEET on Aedes and Culex mosquitoes seems to be mediated via direct receptor-ligand binding, because these species have a DEET receptor. Thus, not all mosquitoes are the same! (which should not come as a surprise).

In this review we discuss the progress made in the past 3-4 years in terms of targeting specific genes in non-model insect organisms and observing resulting behavioural effects. We provide a handy summary table and professionally-made figures of insects (ok, maybe a little bit cartonised). Surprise of the study – how dominant ORCO is! We counted that is has been mutated in at least 8 insect species, far ahead of any other gene, and with very different outcomes! 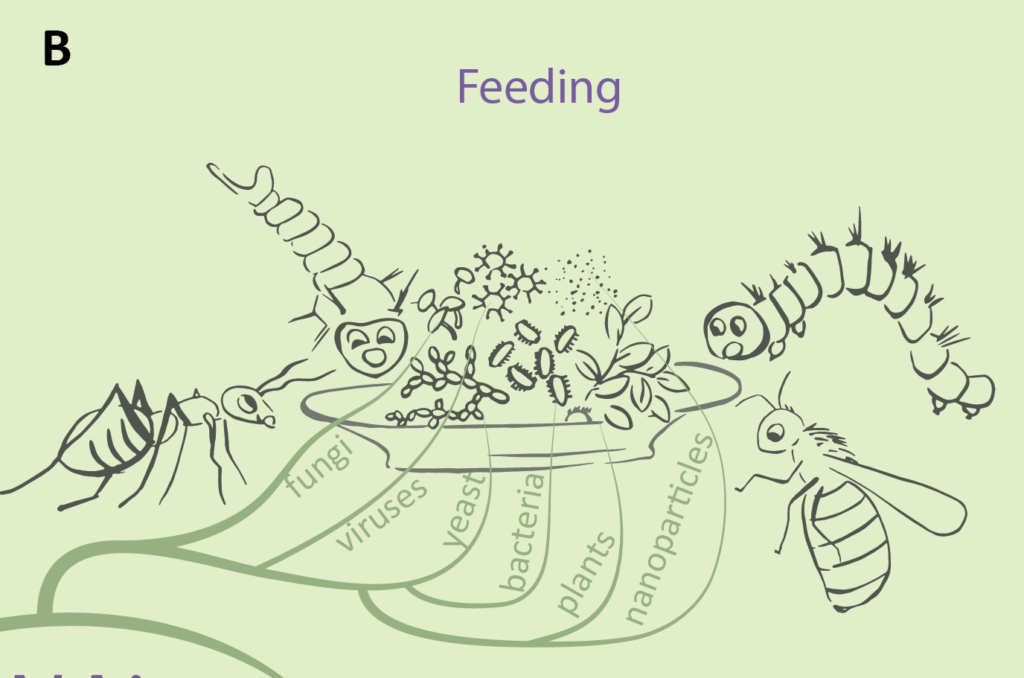 Here we introduced the two forms of split-QF, with QF2 and QF2w activation domains, into Drosophila. We quantified the strength of full and split QF transactivators in larvae and adult flies by luciferase assay. We demonstrated that split-QF is fully functional, repressible by QS and inducible by Quinic Acid (QA), just like the original QF2/2w transactivators. QFAD activation domain also works well with GAL4DBD and LexADBD DNA-binding domains, making them QS-repressible and QA inducible. Finally, we demonstrate the use of split-QF in intersectional labelling experiments, single-cell electrophysiology, optogenetic and thermogenetic behavioural experiments.

This paper is important for three reasons. First, we introduced the Q-system into malaria mosquito, and demonstrated that it drives strong expression which is not silenced or otherwise affected over 10+ generations of mosquitoes. Second, we generated the first ever mosquito with genetically labelled neurons, thus advancing the neurogenetics of mosquitoes to the next level. Third, we describe here the anatomy of Orco+ olfactory receptor neurons of A. gambiae, that project not only to the antennal lobe as expected, but also to the SEZ – the area of the brain that in flies receives gustatory inputs. This neuronal organisation suggest possible early integration of taste and smell signals. 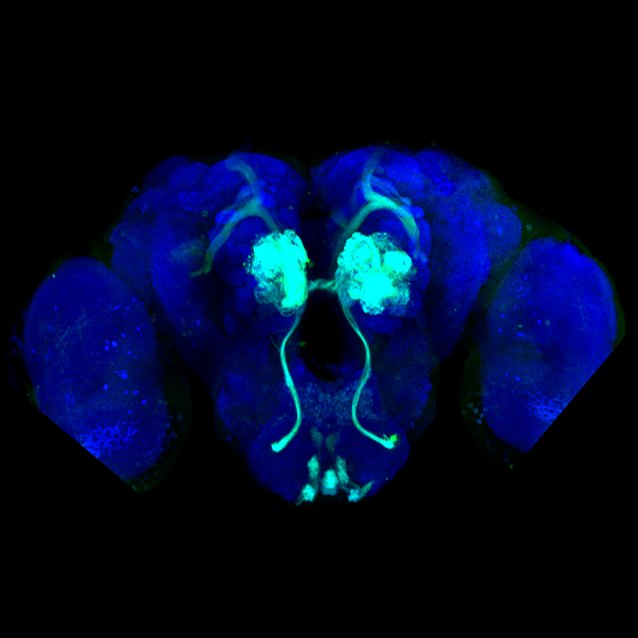 This video article shows and describes in detail the 4-quadrant setup that we used extensively for behavioural experiments on Drosophila. Sadly, I don’t appear in the video because I had moved back to the UK before the video was recorded in our lab at Hopkins!

This paper presents a new method for activity-dependent neuronal labelling. TRIC is designed to report slow changes in neuronal activity, and may be used to functionally manipulate active cells. 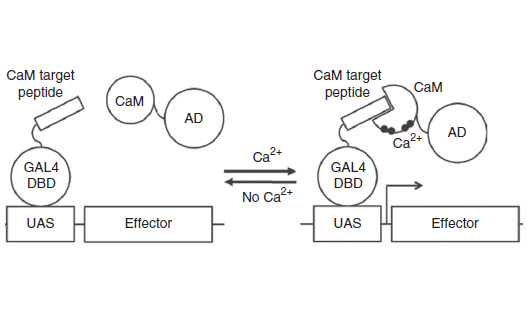 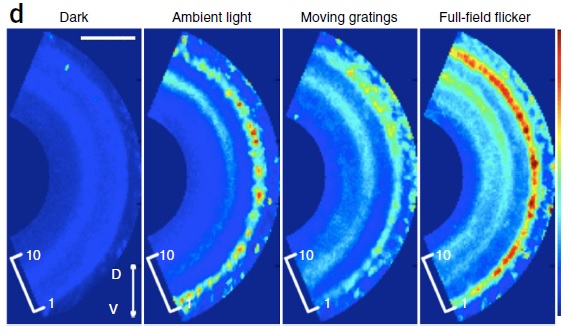 This paper presents a major tour de force in development of the Q-system for transgene expression. The second generation of the transactivator QF, called QF2, doesn’t suffer from toxicity and can drive broad and strong expression without having adverse health effects in flies. We demonstrate its use for pan-neuronal and ubiquitous expression of fluorescent reporters in larvae and adult flies. We also describe novel chimeric transactivators, GAL4QF and LexAQF, that allow for advanced genetic manipulations. 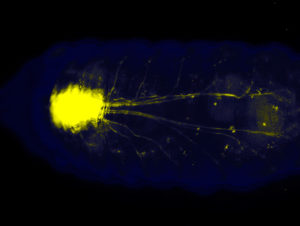 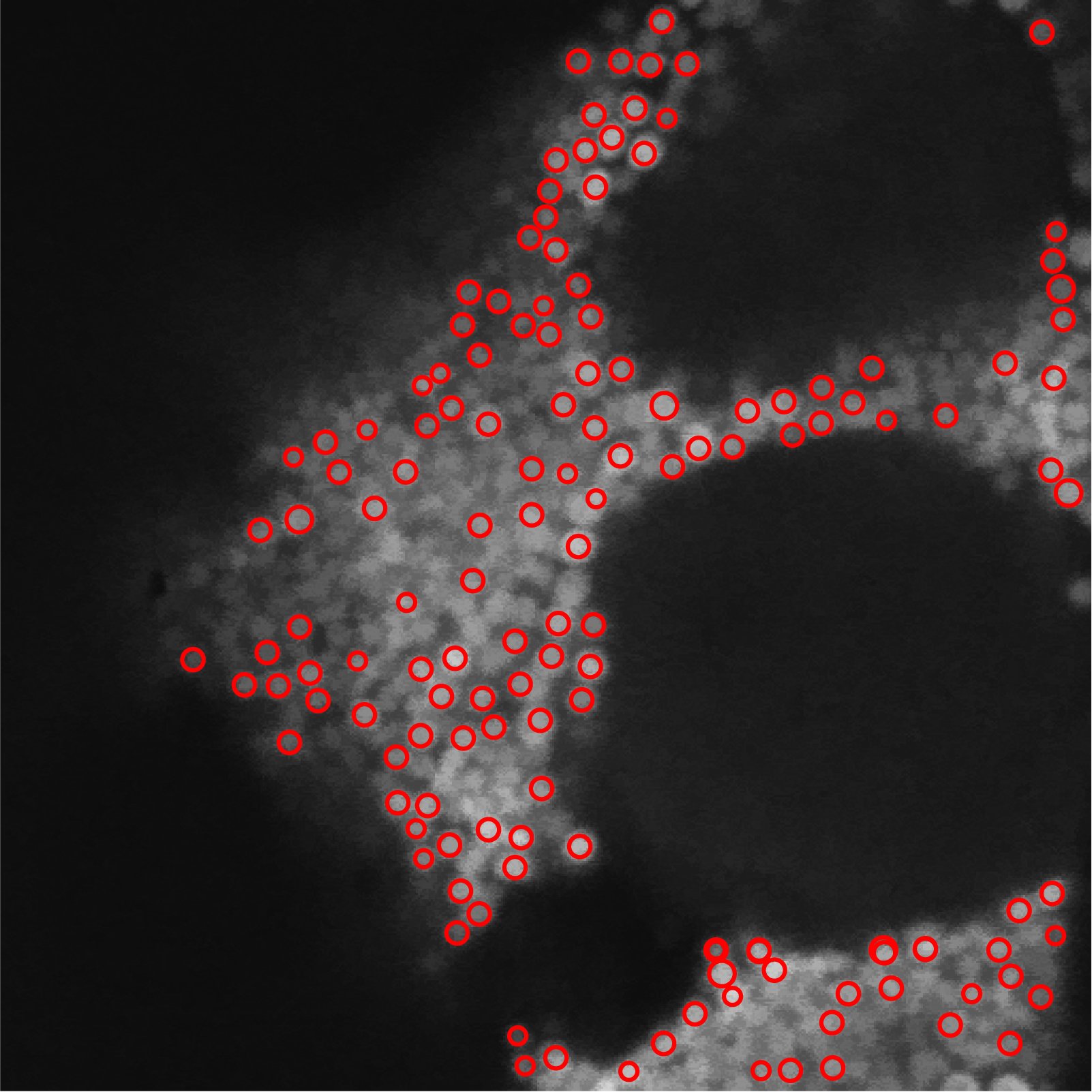 This is the last paper out of four that describe orientation flight in bumblebees. Here we used high-speed video recordings to determine how the bees move during the first several seconds after leaving their nest. We discovered that bumblebees use a modified version of “saccade-and-fixate” strategy with imperfect fixations, that helps them to estimate the distance between landmarks and the nest (see the video abstract below for more details!)

This paper describes the two structural elements of the bumblebees’ learning flights, loops and zigzags, that bear many functional similarities. We show that loops allow the bees to face their nest while flying around it and presumably collecting visual information about the position of the nest relative to nearby landmarks. Zigzags are used predominantly during returns flights.

Here we describe how the nest-centered loops and zigzags of bees’ orientation flights are oriented relative to the compass directions.

Wood ants use visual cues to get back to their nest after a foraging trip. But how do they link numerous views that they encounter during their trip, and how do they know the correct order of these views? Here, we trained the ants to remember a sequence of visual patterns – a task that the ants found very difficult indeed!

This paper describes an interesting finding that ear tuning of various Drosophila species is in good agreement with the spectral content of the courtship songs of these species. 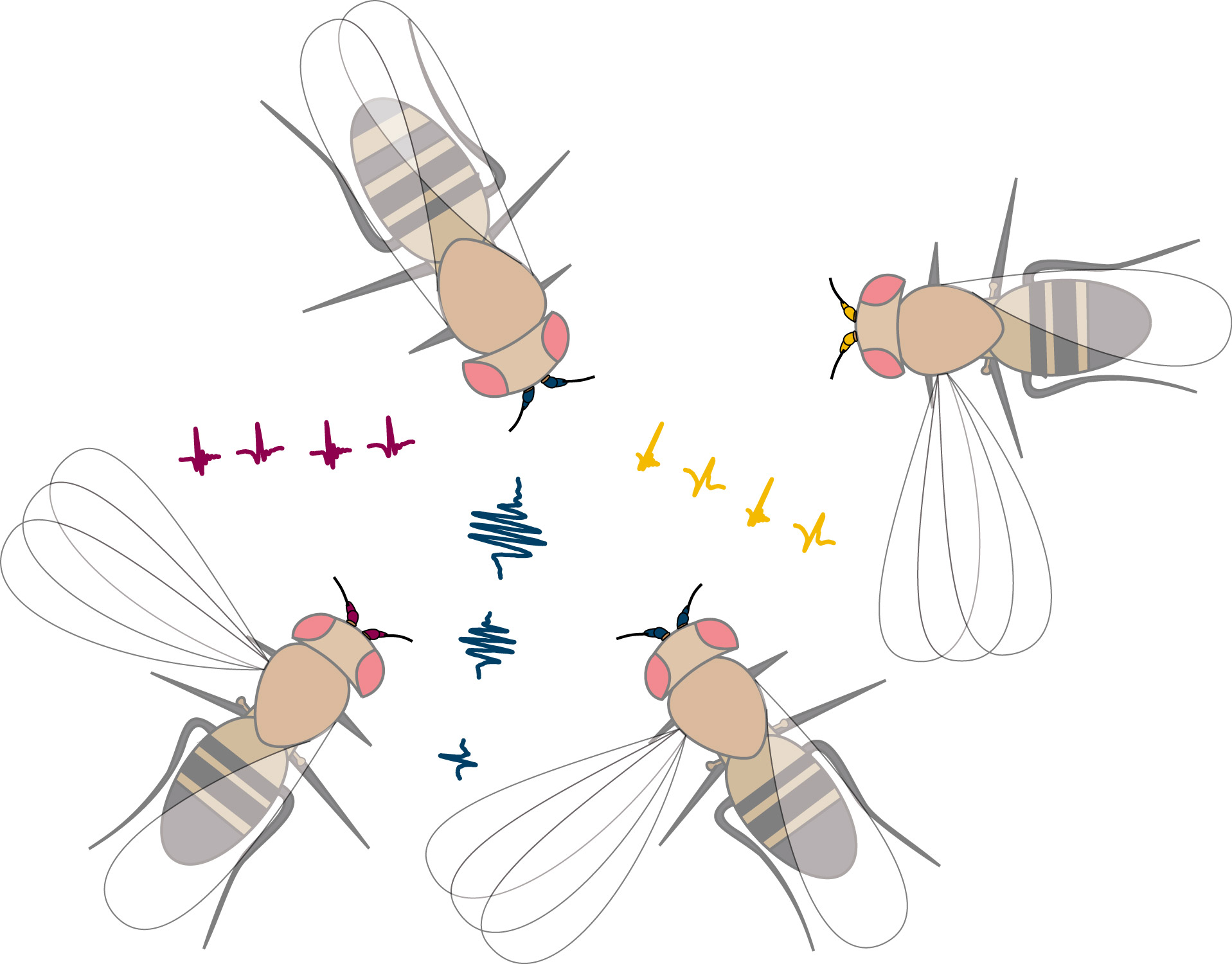 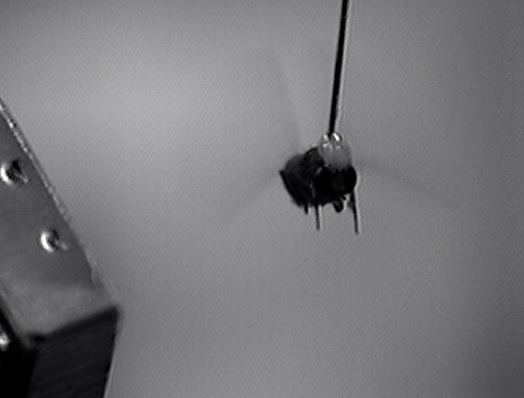 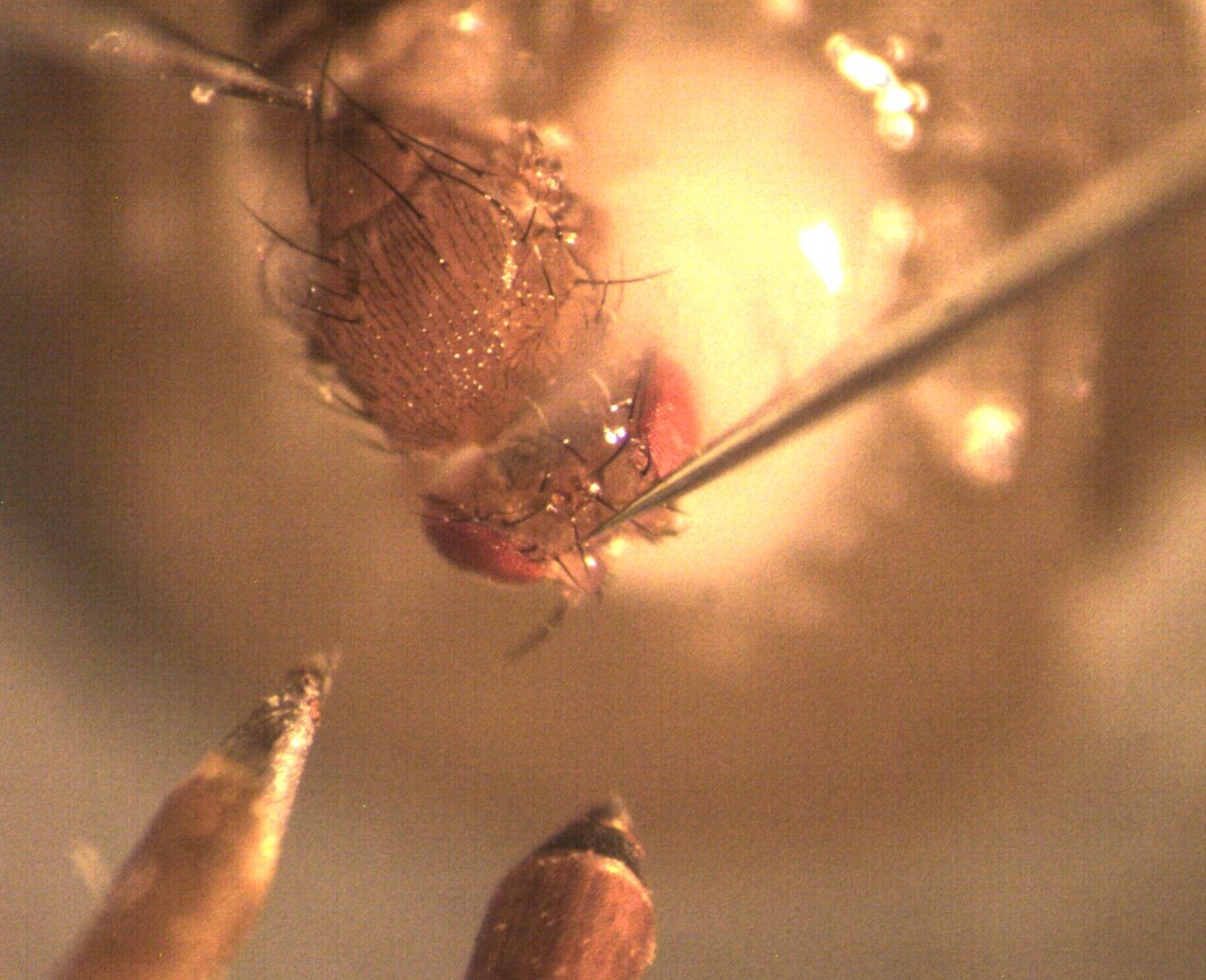 This paper was the first in the series of four that present our attempt to understand how bumblebees acquire visual information about the surroundings of their nest. We show here that the bees are trying to view dark objects against a bright background, and possibly make use of the olfactory cues, brought by the gusts of wind.

This paper proposes a simple design for an angular speed detector that could underlie the centering response, observed in honeybees flying in a narrow tunnel. The design is based on the modified Hassenstein and Reichardt detector of temporal frequency, which was used to explain the optomotor response in insects.

A review chapter on the Q-system, including the second generation of the Q-system, the chimeric transactivators, logic gates and MARCM. 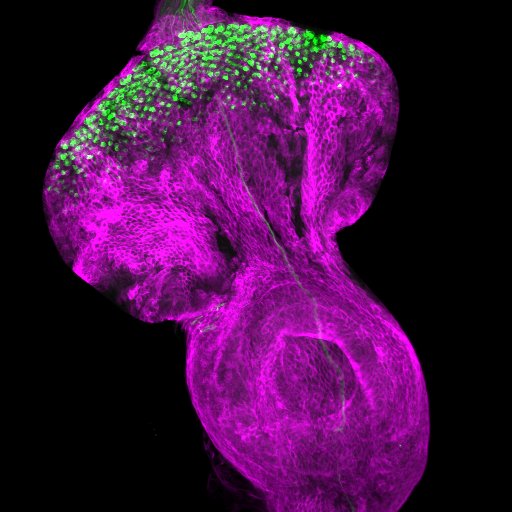 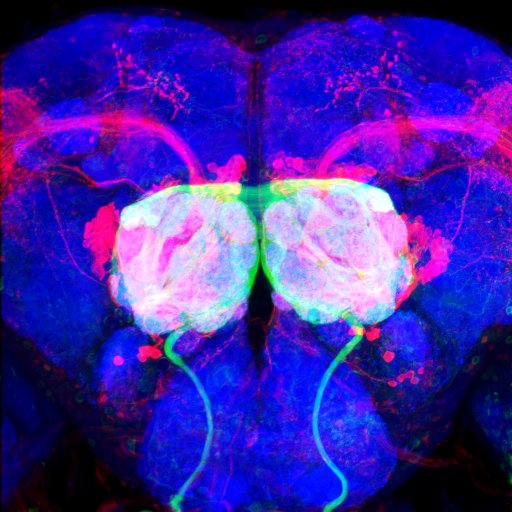 Meetings we are going to: